Not only women and seniors attach importance to well-groomed feet. Recently, the importance of foot care has increased sharply in all age groups, as well as among men. This was revealed by the GEHWOL Foot Care Trends, a representative online survey of 1,073 women and men in Germany aged 16 and over conducted by the market research institute Ipsos. Meanwhile, satisfaction with one's own feet remains at a high level. For foot care, this means that the focus is no longer only on solving problems, but also on preventing them. And Germans are now happy to take this into their own hands.

Those who are dissatisfied with their feet or complain more frequently about foot problems also tend to attach more importance to appropriate care. However, the GEHWOL Foot Care Trends 2020 show: The motivation for foot care is no longer solely dependent on (dis)satisfaction. While, as previously in the GEHWOL Foot Care Trends 2018, three quarters of Germans are satisfied with their own feet, the overall importance of foot care has increased significantly. 70 percent rate foot care as important or very important. This is not only 17 percent more than in the previous year. In fact, it is also a new high since the surveys began in 2014. A change in awareness is evident here.

Positive trend: keeping feet healthy
It is no longer just about eliminating foot problems but also about preventing them. Healthy feet are en vogue - 92 percent of Germans would like to have them, and the topic has long since caught on among younger people and men as well. To this end, participants are also increasingly turning to professional help: Four years ago, just eleven percent of Germans regularly went to a pedicurist, but this figure has now risen to 24 percent, with one fifth taking a two-pronged approach and also doing some work at home. More than half of Germans care for their feet exclusively themselves - this applies to foot care fans, but interestingly also to those who classify foot care as less important. The latter are generally characterized by the fact that they have little to no problems with their feet. Except for a small fringe group: Seven percent of foot care grouches do not attach great importance to foot care, although they frequently have foot problems.

How satisfied are Germans with the condition of their feet?*
*Data basis: women and men in Germany aged 16 and over, n=1000. Source: GEHWOL Fußpflegetrends 2020/21 (IPSOS). 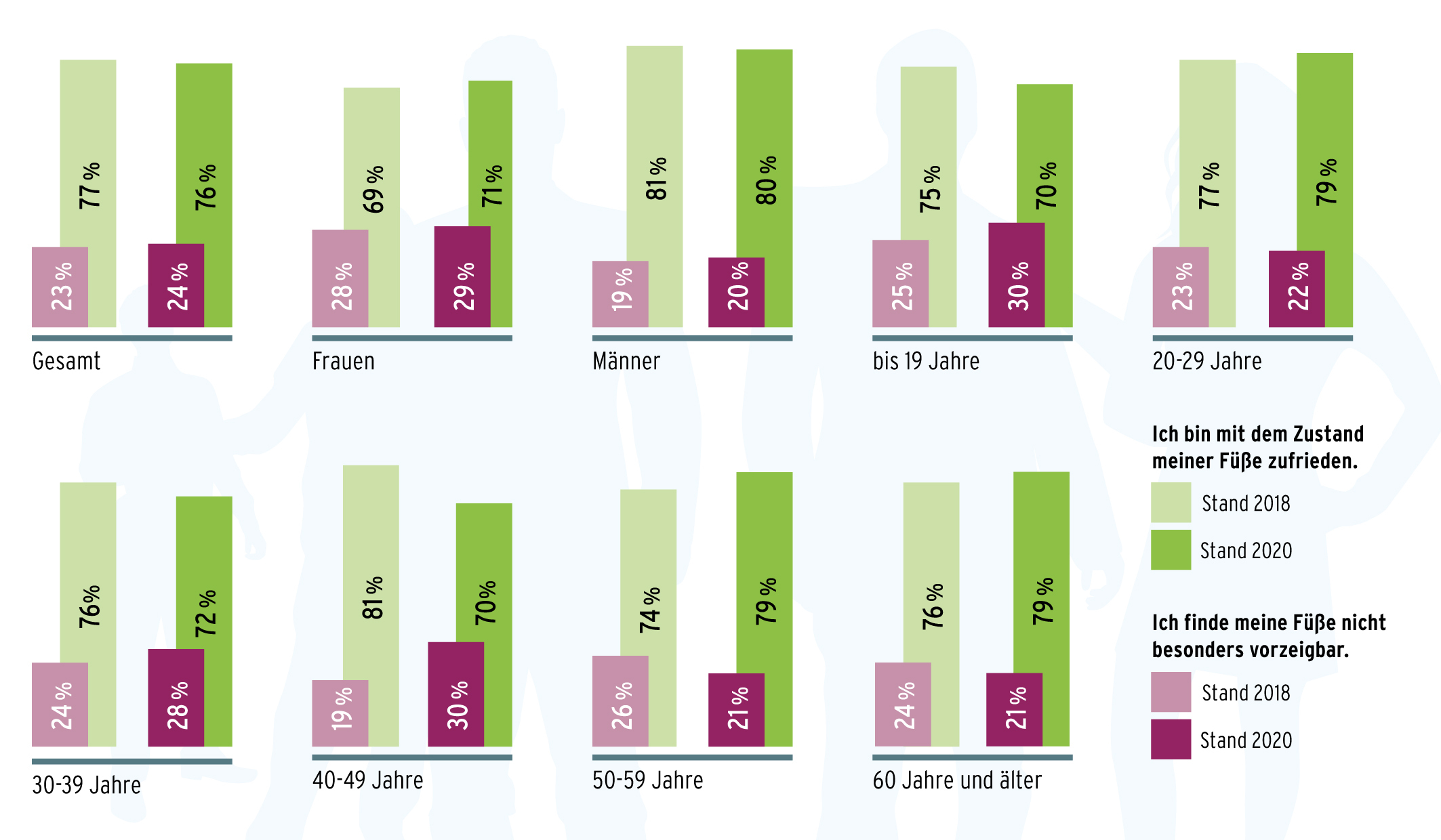