Intensive care for dry skin - for the hydro-lipid balance

Dry skin tenses unpleasantly. It begins to form dandruff and itch or even cornifies. The skin lacks balancing lipids (fats) and rich moisture. The natural skin barrier is disturbed. There is a loss of moisture and the skin dries up. Only an interaction of moisturizing factors and skin fats creates an intact protection that allows the upper layer of the skin to regulate the water content and repel bacteria, viruses or fungi as well as other harmful substances. The skin of diabetics needs special attention. Due to their altered metabolism, skin dryness often occurs in diabetics. Without intensive and regular care, the skin might rupture. In addition to the lack of moisture, another problem occurs in diabetics: circulation disorders. Much of the skin moisture is provided by the blood circulation. If the skin is not properly supplied with blood, it lacks this moisture. GEHWOL med Lipidro Cream is a special intensive care product for dry foot skin in diabetics and prevents callus. In a study* with type 2 diabetics, various properties were identified that are useful for diabetics. 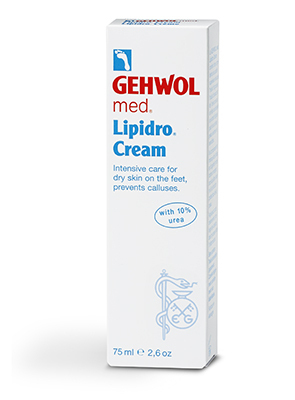 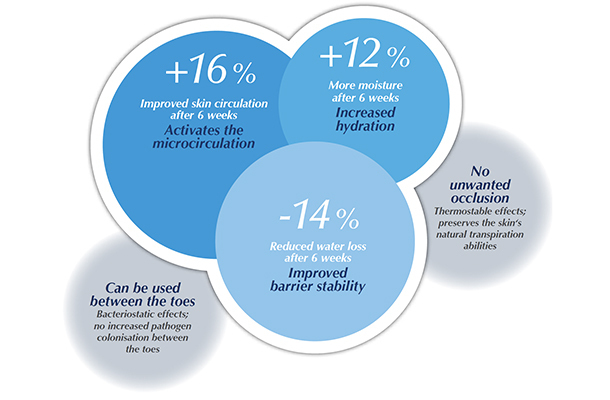 Preserve the natural perspiration capacity of the skin

Nourish skin even in the toe gaps

In general, diabetics are advised to be careful. Depending on the emulsion used, applying cream between the toes can cause the thin skin in this area to swell and bacteria to settle there. This is not the case with GEHWOL med Lipidro Creme. Measurements of the microflora showed that the application of the cream does not lead to an increased occurrence of bacteria between the toes. Result: the cream can also be recommended for use between the toes.

However, despite the great lipid content, there is no feeling of oily skin. This is another result of the study: 96% of the users report a very good or good skin feeling. Undesirable sealing of the skin or increase in skin temperature were not found. GEHWOL med Lipidro Cream is dermatologically tested and unscented.

You can find useful information and practical tips on skin care for diabetes in our guide.