150 years of everything for the well-being of the feet

In 1868, qualified pharmacist Eduard Gerlach took over his father’s traditional dry goods business and added a new field of business to the company – a pharmacy. At that time, foot care was not yet the core business, but would soon become this. Gerlach recognised the signs of the times: Good, comfortable leather shoes were not yet a product for average citizens, who were subject to extreme foot strain as factory workers or agricultural workers. Gerlach's observations taught him how unpleasant sores and blisters can be. In 1882, he brought to market the first industrially-produced foot care cream in the world; this product was named E. GERLACH’S PRESERVATIVE CREAM. 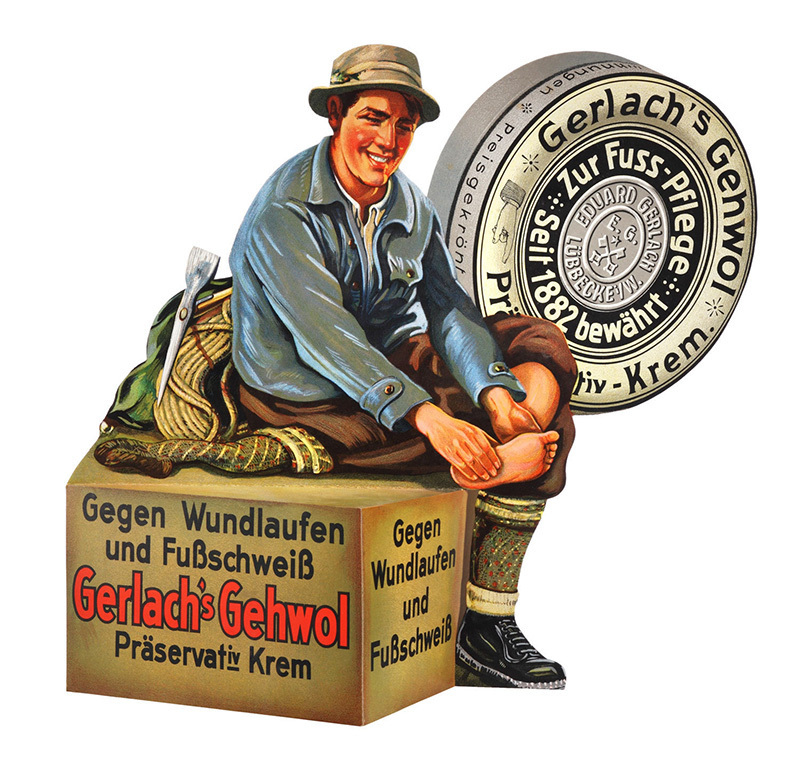 From a potash bath to a foot care cream

The potash footbath was known for its callus-softening and wound-healing properties, but had the decisive disadvantage that it could not be done during the long marches which were common at that time. For this reason, Eduard Gerlach sought a practical solution that would provide protection against sores and blisters, and be affordable for everyone. In 1882, he began marketing a cream made from unsaturated fatty acids, specialized medicinal soap, and mineral-based gliding agents: E. GERLACH’S PRESERVATIVE CREAM. The product, which received numerous international awards, brought in a new era: The cream proved to be a problem-solver, and foot care became affordable for large parts of the population. With this, Gerlach created the prerequisites for the creation of a general consciousness of foot care in all layers of society. 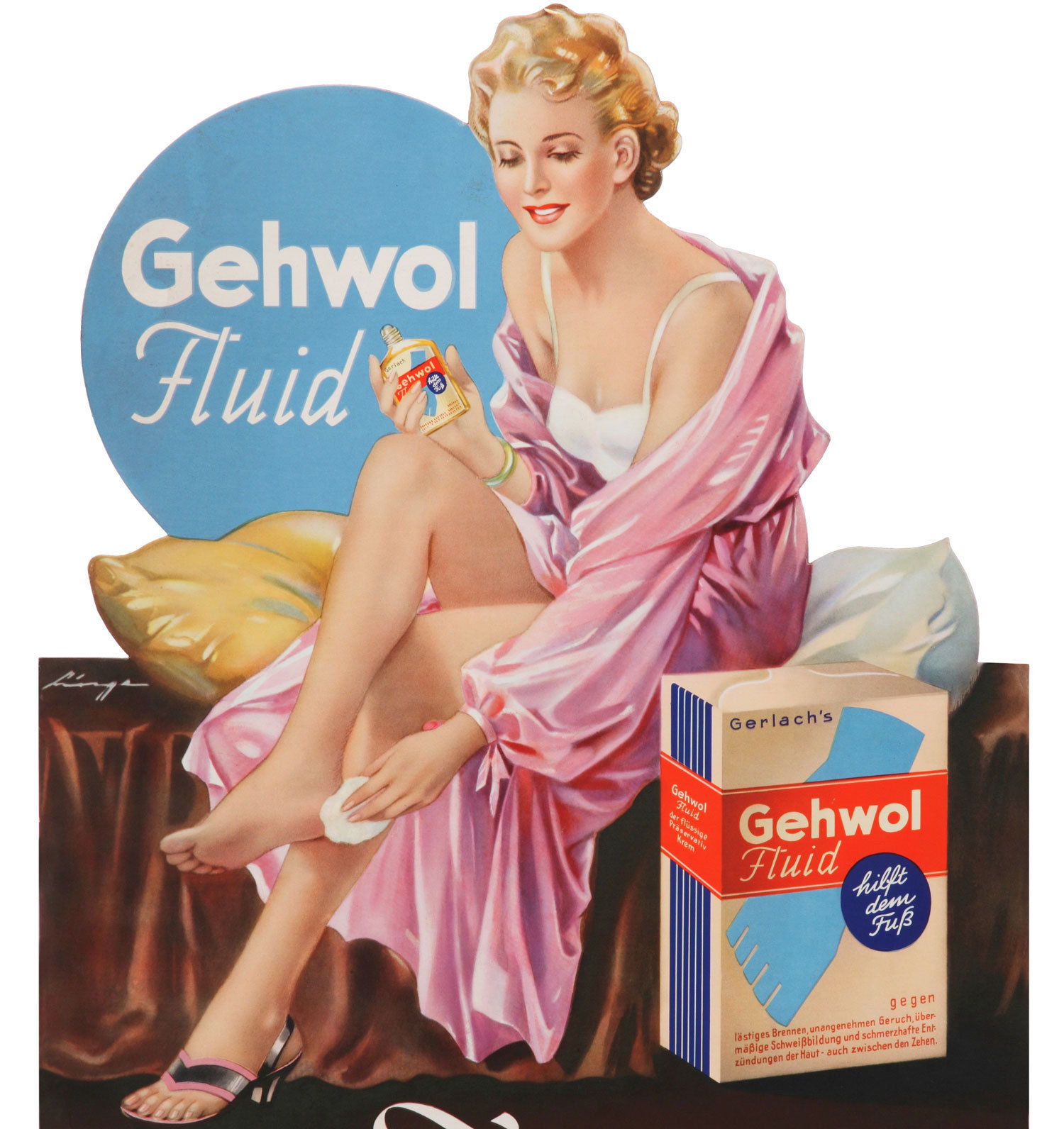 GEHWOL - Everything for the well-being of the feet

Since that time, the company has become the partner, friend and impulse provider of professional and home foot care both in Germany and internationally. So it is understandable that foot care received a brand name which proudly expressed this self-vision: GEHWOL. Everything for the well-being of the feet. With the words “Production of pharmaceutical, chemical-technical preparations: products against sore and sweaty feet” the trademark GEHWOL was first registered generally in 1910 and later even in the trademark roll of the German Imperial Patent Office. In today's Germany, according to market research results, GEHWOL is both the best-known and one of the most popular foot care brands; in the specialist trade it is even the most commonly used one at all. 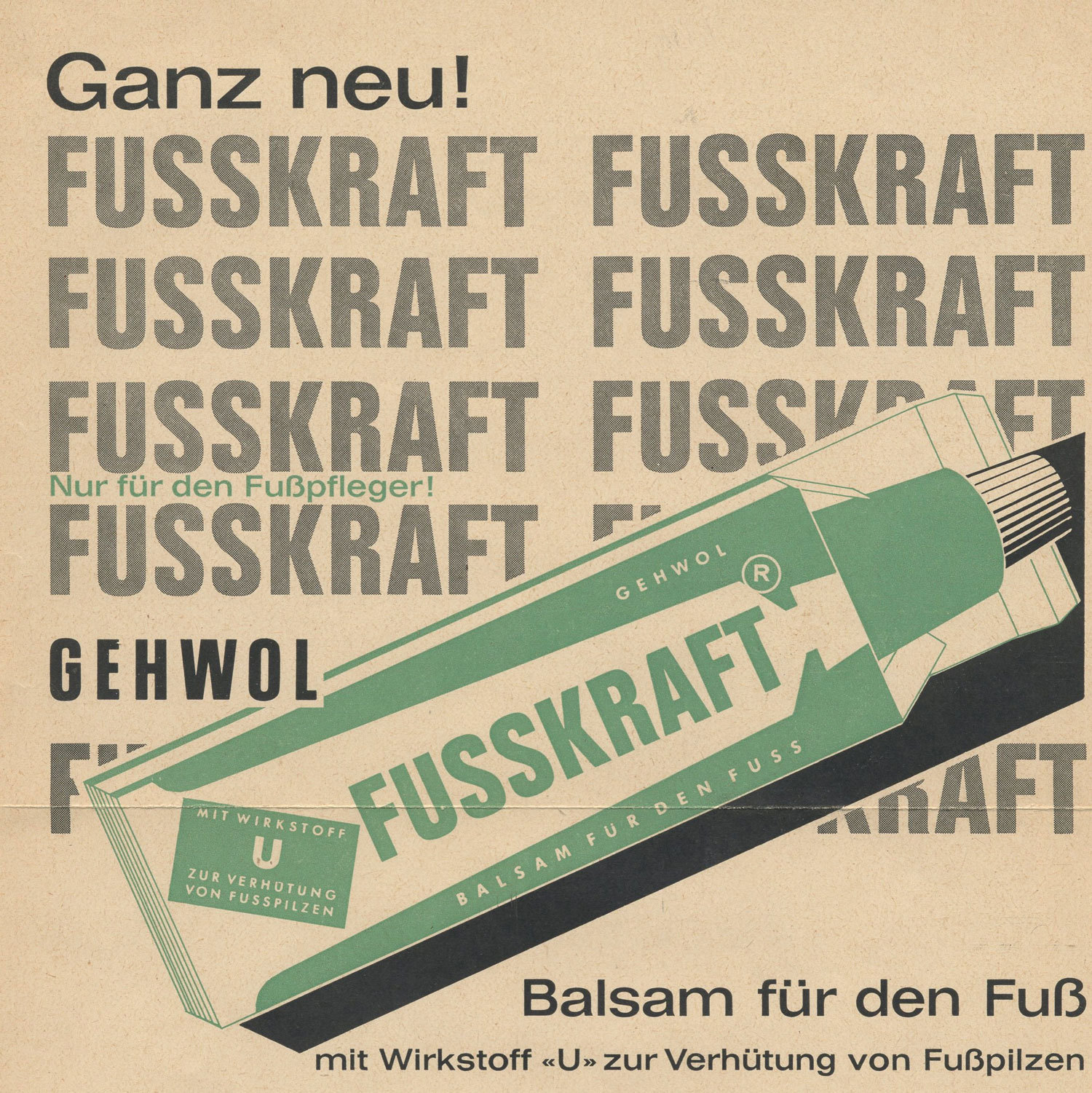 The partnership with foot care experts is one of the reasons why the invention of the foot cream became a success story beyond the present day: In post-war Germany, professional foot care began to become established as an independent service in the health market, originally from the occupational profile of barber surgeons. Foot care experts have the best insight into the foot health of their customers. Consequently it is them who can make the best recommendations for the development of foot care products. For this reason, Gerlach launched GEHWOL FUSSKRAFT in 1961. This is a product series that is exclusively geared to the needs of foot care practices, is only available there and is therefore closely tied to the foot care professional's consulting expertise. 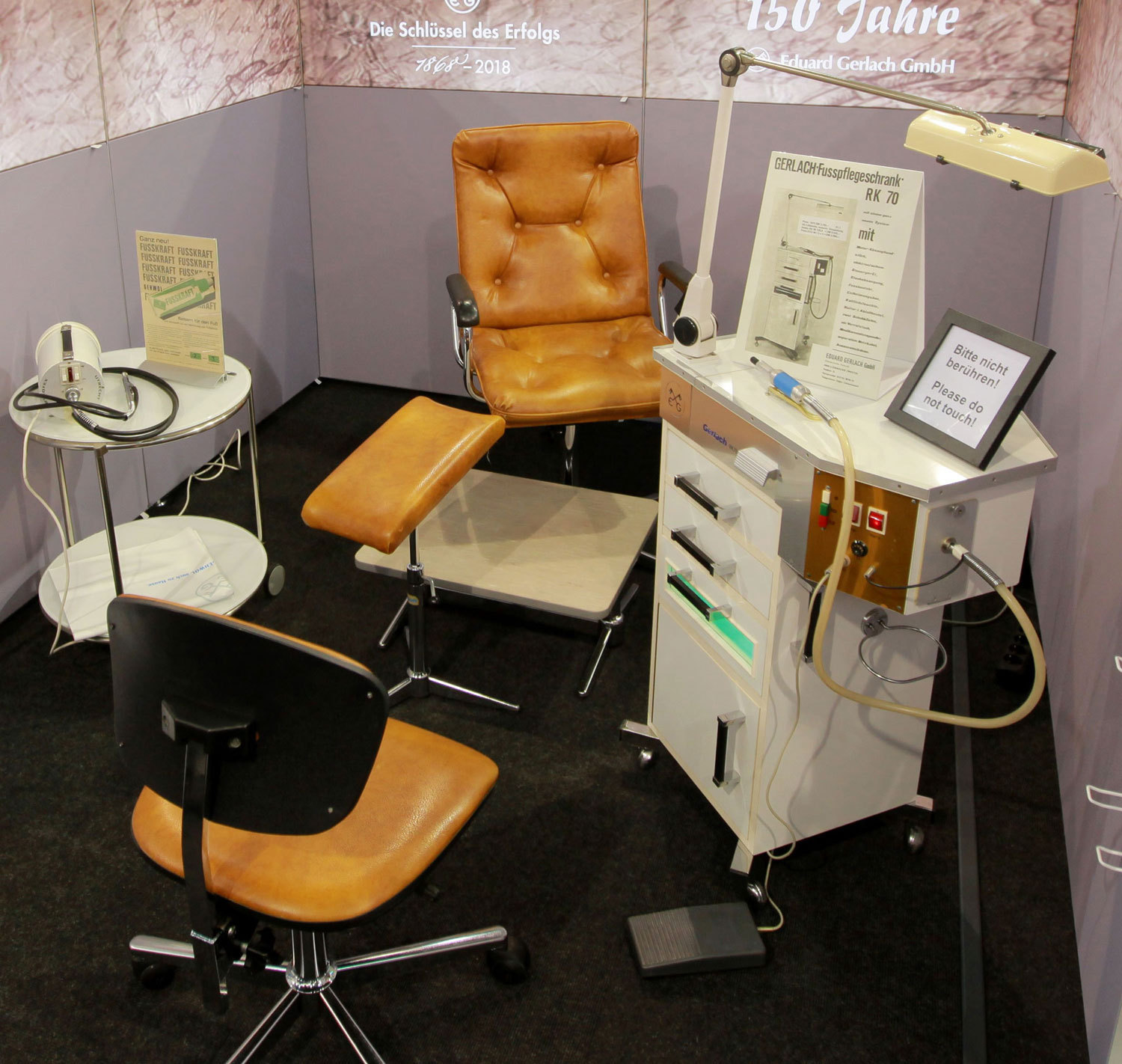 In 1965 the product range began to be expanded: It was created as a response to the expanding service market in the GERLACH TECHNIK division. As in the sector of preparations, the technical equipment also benefits from the traditional close link to foot care experts: Their practices have always provided the impulses which the company picks up and turns into offerings which meet the requirements of the professionals. User friendliness, suitability for practical use, technical performance, ergonomics, simplicity, design and hygiene form the ideal guidelines for this.