The Moringa tree (Moringa olifeira) originates in India. Because of its suitability as a food and health product, it was imported to Africa at the beginning of the 20th century. The tree is also known as the "miracle tree" and "tree that never dies", because it grows even in barren areas. Nearly all parts of this tree are traded as vegetables and used individually. The moringa oil (also called "ben oil") in the formulation of GEHWOL FUSSKRAFT Soft Feet Butter is extracted from the seeds. The oil is rich in Vitamin E. Used in cosmetics, it helps to keep the moisture in the skin and also to protect it against oxidation by free radicals. 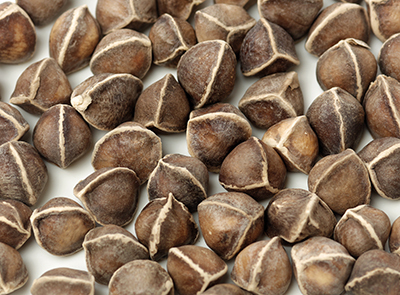